A vintage of low yields, especially compared to the generosity of 2018. In some places this was down to frost damage, but as Frantz Chagnoleau put it 'that was on the parcels that always freeze', and the real problem was coulure - poor fruit set - as a result of cold weather during the flowering. The result, combined with the hot summer, is very concentrated wines.

Frantz Chagnoleau told us how he had lots of pickers in order to pick in 8-10 days. They started on the 9th September at 12.5-12.8%, and finished at 13.5% - an average across the domaine of around 13.2. Lots of small berries from millerandage added to the high skin to juice ratio and the intensity of the flavours. The balance of the 2018s both chez Chagnoleau and at the Barrauds is lovely, but the 2019s have the edge in terms of flavour density.

Frantz Chagnoleau and his wife Caroline Gon, who is also the winemaker at the Comte Lafon Mâcon operation, are rising stars of the Mâconnais. Together they have a small domaine consisting of 3.5 hectares of Mâcon in a single block in Saint Albain, and several small plots in Viré Clessé, Saint Véran and Pouilly Fuissé, making up 6.8 hectares in total. All the vineyards are organically farmed (Ecocert certified).

Great care is taken at harvest to pick at the optimum moment for sugars, acidity and aromatic precursors, and they will stop the picking between parcels if they think that the ripening is not even across the whole domaine. Grapes are manually picked into 25kg cases, so as to get whole, undamaged grapes to the winery. After careful pressing, a very non-interventionist vinification takes place with natural yeasts in oak foudres.

The wines are kept on the lees to preserve freshness until the beginning of summer, when they are racked and lightly filtered, before bottling before the next harvest, except for some of the top wines which are aged for another six months in tank in order to develop fully. The wines are in a style which is bright and incisive, expressive and pure - and well worth seeking out.

Reacting to the recent earlier harvests, and like many domaines, the Chagnoleaus have doubled the size of their picking team so as to be able to get the grapes in more quickly. The earlier the harvest the warmer the weather during it, and the quicker the sugars rise - sometimes a whole degree or more in a week, so they aim to pick within eight or ten days start with potential alcohols in the most precocious terroirs at 12.5 to 12.8, in order to finish with the coolest at around 13.5. They started on the 9th September and finished with an average of 13.2 for the vintage, so that seems to work. Frantz told us that while there was some frost, this was limited to the parcels which often get frosted - but that the real problem was coulure resulting from the cold weather during the flowering which cut yields - and also resulted in lots of small berries - one reason for the obviously richer and much more powerful wines than the 2018s. 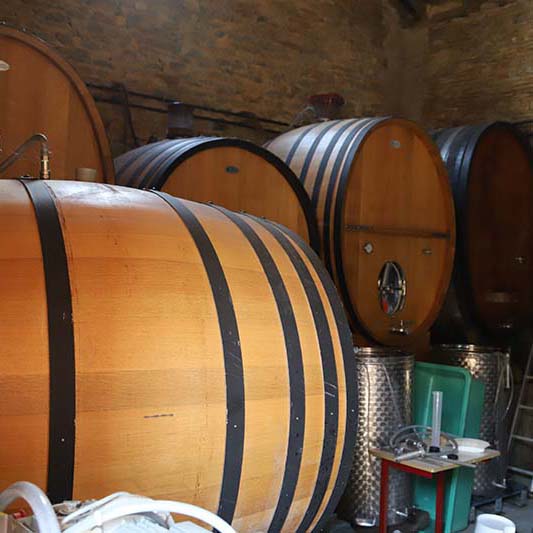 Daniel and Martine Barraud, now joined by their son Julien and daughter Anaïs, have vineyards in Vergisson that are mostly high up under the famous rock (Vergisson lies between the two dramatic cliffs of the rocks of Solutré and Vergisson). The vineyards here are significantly higher than those of Fuissé, and are consequently later-ripening, and the wines often have a more solid structure - but all of Daniel's wines have their own character, from the Puligny-like directness of the La Roche to the fat richness of the 'en Buland', via the mineral force of the Crays.

All the wines are made keeping close to the tenets of bio-dynamics - not as Daniel says - for the sake of it, but because over the generations experience has taught them these principles really are the best way forward - as such they only ever bottle on a waning moon. All the wines see some barrel ageing apart from the Chaintré, which is aged in foudre (2/3) and tank.

As Allen Meadows wrote in 2014 in Burghound 'I have said this before, but I will say it again: no one makes better wine in the Mâconnais than Barraud. There are a few domaines that produce wines that are sometimes just as good, ... but none of them surpasses the quality he consistently produces. If you aren’t familiar with the wines, you owe it to yourself and your pocketbook to check them out.' (www.Burghound.com).

The Domaine is working toward organic certification. Next year will see more changes, as the new Premiers Crus come in to action with the 2020 vintage. The Barrauds have four vineyards to be classified: 'En France', 'Les Crays', 'Sur la Roche', and la Verchère, although this last one will change its name to which will become 'La Maréchaude'. It's one of those oddities of such classifications that the vineyard which has consistently produced the Barraud's best wine all the years that we have known them, 'En Buland', is not going to be elevated to Premier Cru status. 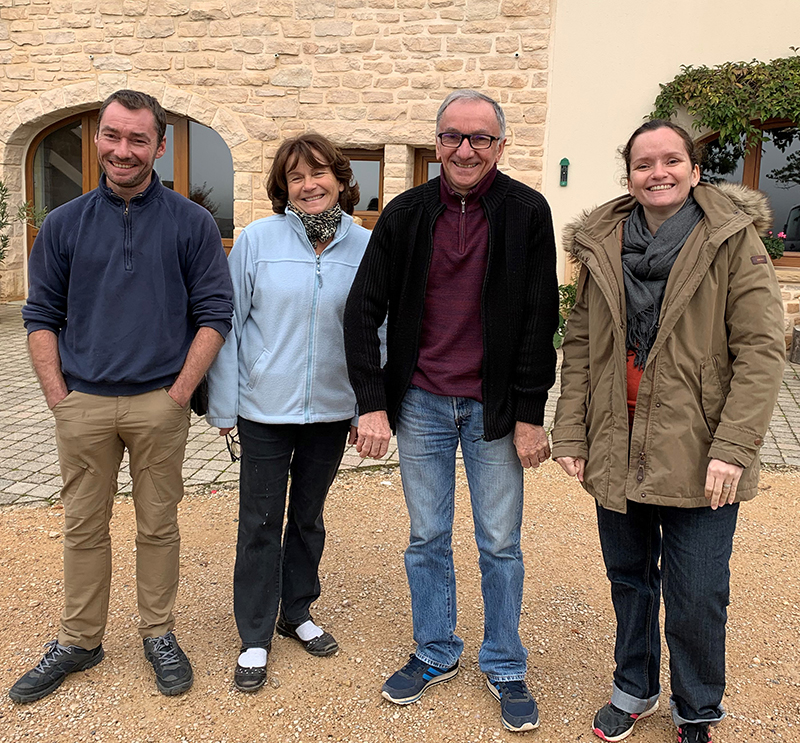